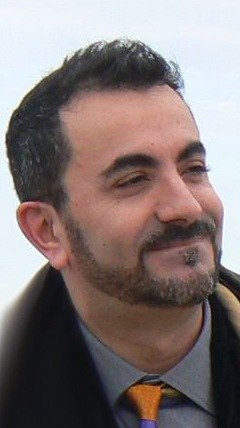 Born in Alghero, Ivan Canu has worked in Milan as an illustrator, critic and writer since 1996. He was Art Director of the International Balzan Foundation (1998-2001) and graphic designer of the magazine Hystrio, (1998-2004). He has written several children's books published in Italy, France, Japan, China and Korea and collaborates with the Italian daily La Repubblica as a critic. Since 2009 he has been Director of Milan's Mimaster in Illustration, and since 2017 he has curated the Illustrators Survival Corner at Bologna Children's Book Fair. Canu's clients include: The New York Times, The Boston Globe, Die Zeit, La Repubblica, Il Sole 24 Ore, Yahoo.com, The Courrier International, Handelsblatt, Salani, De Agostini, and Feltrinelli. He has received awards and acknowledgements from the Annual of the Society of Illustrators, New York, American Illustration, Creative Quarterly, Communication Arts, and 3x3. Canu is represented by Salzman International.