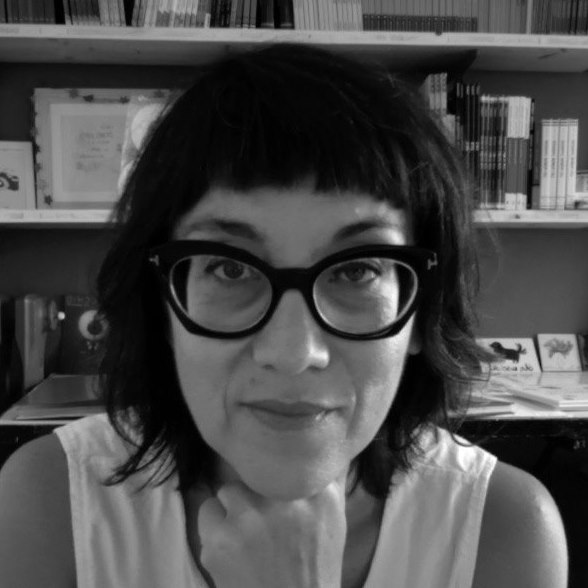 After earning a degree in Political Science at the University of California in San Diego, and working at a language school in San Francisco, she moved to Italy to teach English in 1992. While carrying on with her teaching, she enrolled in an invaluable three-year photography program at the Istituto Riccardo Bauer in Milan. Her background in photography and the visual arts landed her her first job in publishing, working for the contemporary art publisher Charta, where she learned the ABCs of bookmaking and bookselling. She was fortunate to have had the opportunity to work with artists such as Marina Abramovic and Shirin Neshat. She moved on to work for the art publisher Skira, managing their international sales and distribution, and then for 5 Continents Editions where, among other things, she edited a series of books on design, co-published with the Museum of Modern Art of New York. After twelve years of publishing and two years of project management for a design studio, she founded her Agency in 2011. When asked what makes a good agent, her one-word reply is: vision.